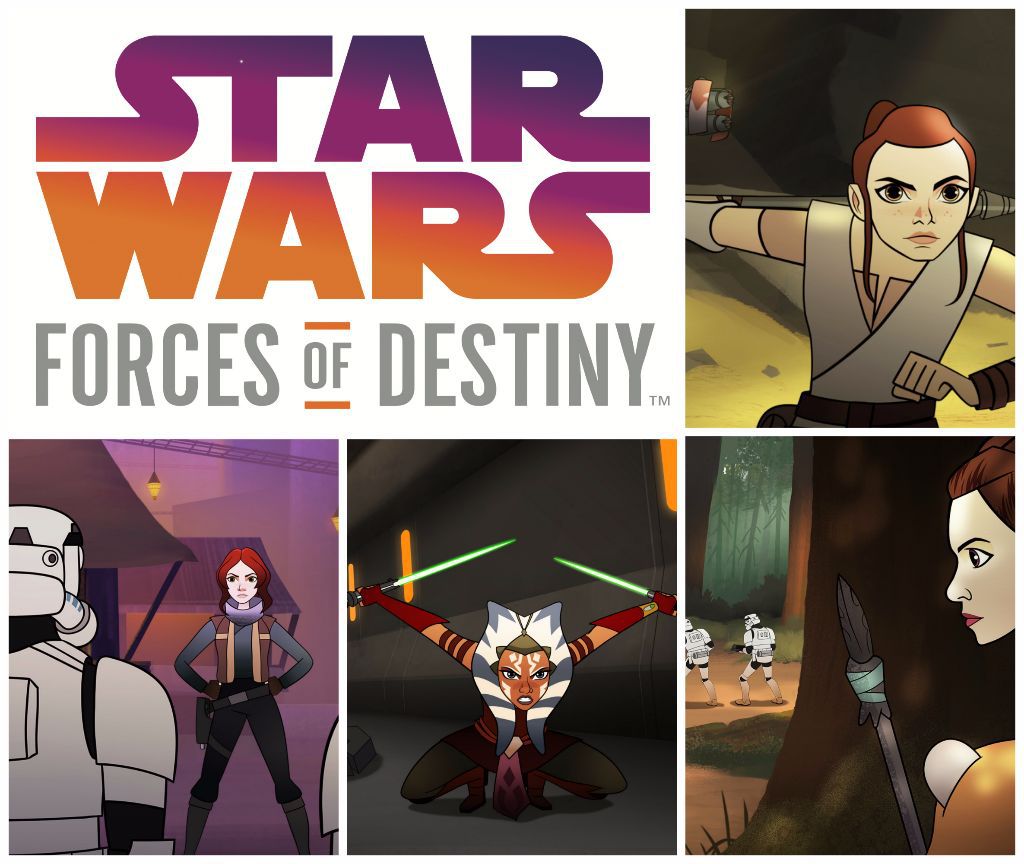 So it looks like January of 2018 we are going to get a wave of releases for Forces of Destiny Comics.  It looks like they are gonna have a variety of covers for each comic and they are gonna run $3.99 an issue which will have 32 colorful pages.

Looks like we are going to get stories on:

Per the IDW news release on their website it appears each female character will get their own single comic during a five week period. With each comic coming out weekly.  At this point we are unsure of the order in which they will release or the number of variant covers that will be available for each comic.  Check with your local comic shop to see what they plan on getting in stock.

Here are two of the comics released on the IDW website.

If IDW manages to do as well as they are doing with the Star Wars Adventures Comics I think these will be a huge hit amongst Star Wars fans and help to bring in a new generation of fans.  Hopefully these are original stories and not comics of the current Disney Forces of Destiny cartoons they have been releasing over the past few months.  I imagine they will continue to teach life lessons and be entertaining at the same time.

I look forward to seeing these comics and hope they don’t over saturate the market with variant covers. I hope the stories are fun and that I will feel comfortable reading them to my daughter.