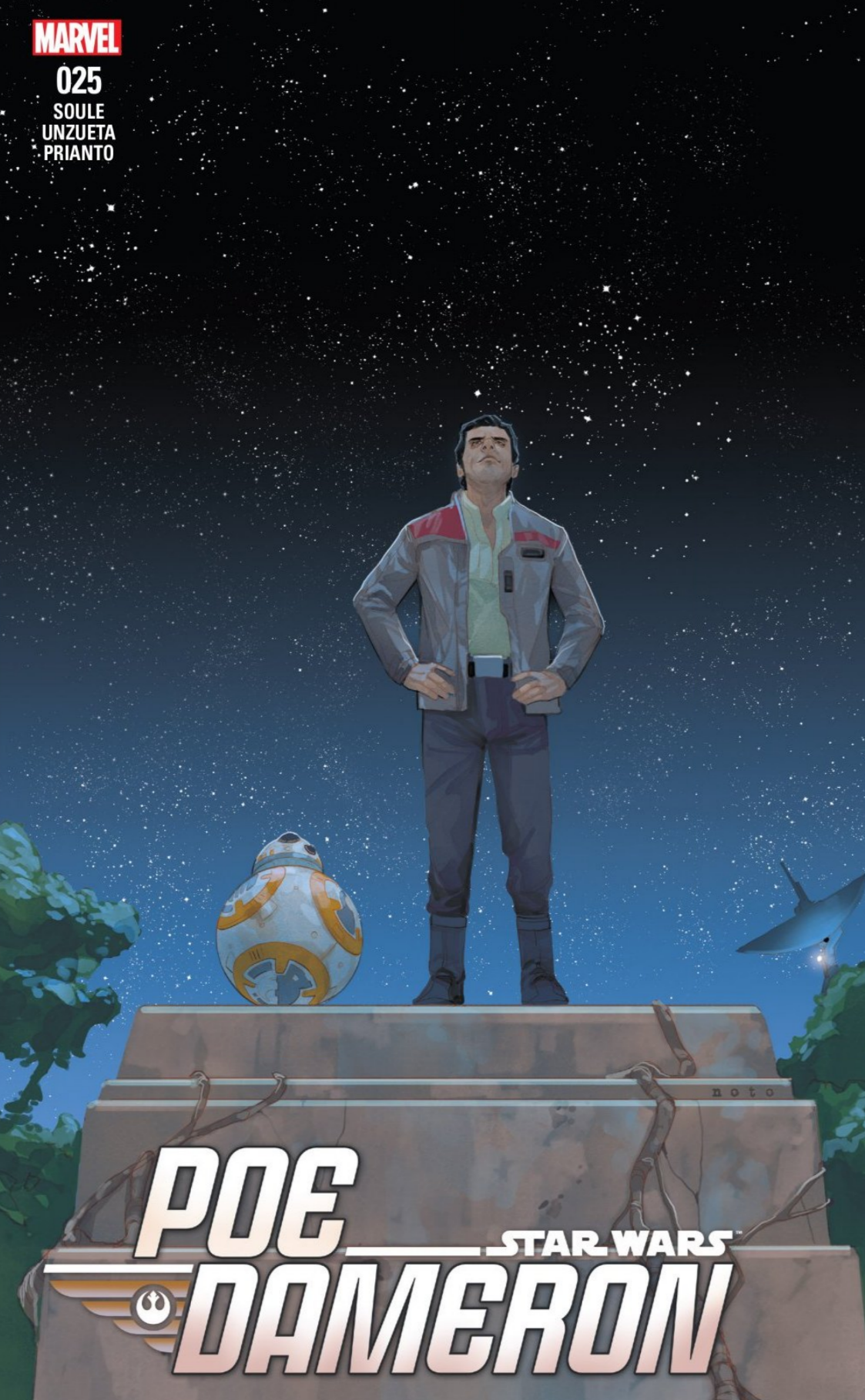 At first I thought that this was going to be the last issue, but I’m pleased to announce that there are at least two more stories ahead that serve as a chronicle of Poe’s tale throughout The Force Awakens. While they are understandably running short on source material, and with so little time elapsed between The Force Awakens and The Last Jedi, I don’t expect that we’ll have more than thirty issues before the series draws to a close. I’m not looking to see it leave, but fortunately we have a few more months left with our favorite pilot, and so let’s dig into this chapter.

To be honest, not a lot happened. I saw this as a “drawing to a close” but it didn’t really seem to have much to say. Lor San Tekka was rescued by the Resistance with only minimal interference from the First Order, but there were no pressing villains in this arc to really drive home a threat. A nice bit comes in from Poe when he admits he used C-3PO and his spies’ information in order to exploit a vulnerability in the First Order shields, but otherwise he’s rescued pretty easily.

Unfortunately, it doesn’t seem like Lor San Tekka actually knows where Luke Skywalker is. He admits that he has his suspicions and General Organa gives him a ship to go look, but that’s about as far as we really get talking about Luke. It’s a little disappointing, as it seemed in the beginning of The Force Awakens that Lor San Tekka who Luke’s location from the start, but apparently that isn’t the case. 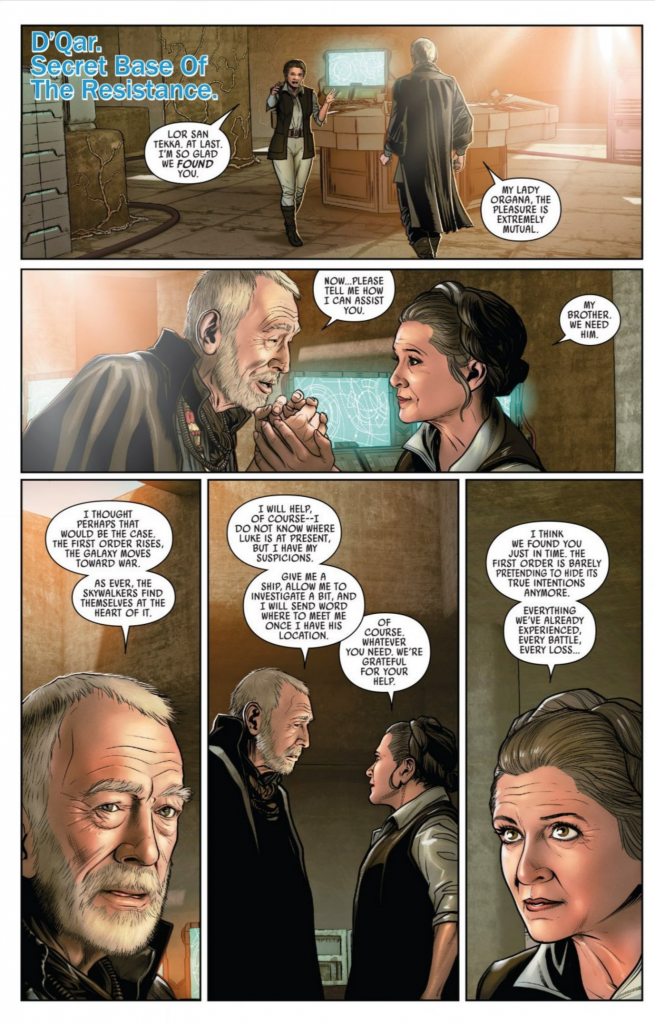 …aside from one small hitch. Jess gets knocked out of the fight and with a missile coming right for her. She thinks that she’s done, when Ivee jumps out and collides with the missile, sparing Jess both her ship and her life. She leaves behind a small piece of herself, however, and Jess gives it to BB-8, who fuses it with Black One, so Ivee will always be with him on every mission.

But that doesn’t mean that romance is dead and gone. Fans of Kare and Snap’s relationship will be pleased to see one key event in this comic. It’s not given a great deal of focus, as the comic wraps up pretty quickly after Lor San Tekka’s retrieval, but I think it’s safe to say fans don’t have to worry about another break-up on the horizon. 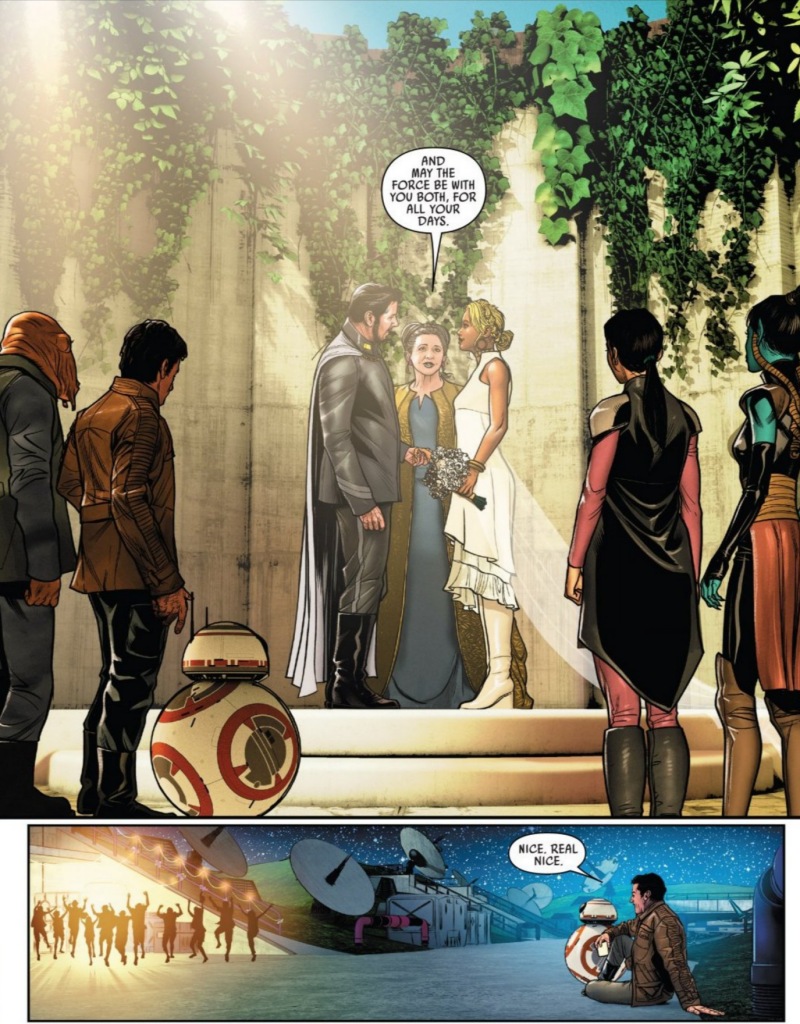 Other than that, Lor San Tekka pulls Poe away from the festivities to have a quick discussion about the Force before he heads off, and then that’s it. I was expecting a little bit more of a exciting ending to this chapter, one with a bit more finality, but it looks like that’s going to wait until another chapter. After all, Lor San Tekka still needs to find Luke’s location, and then we know where that leads! 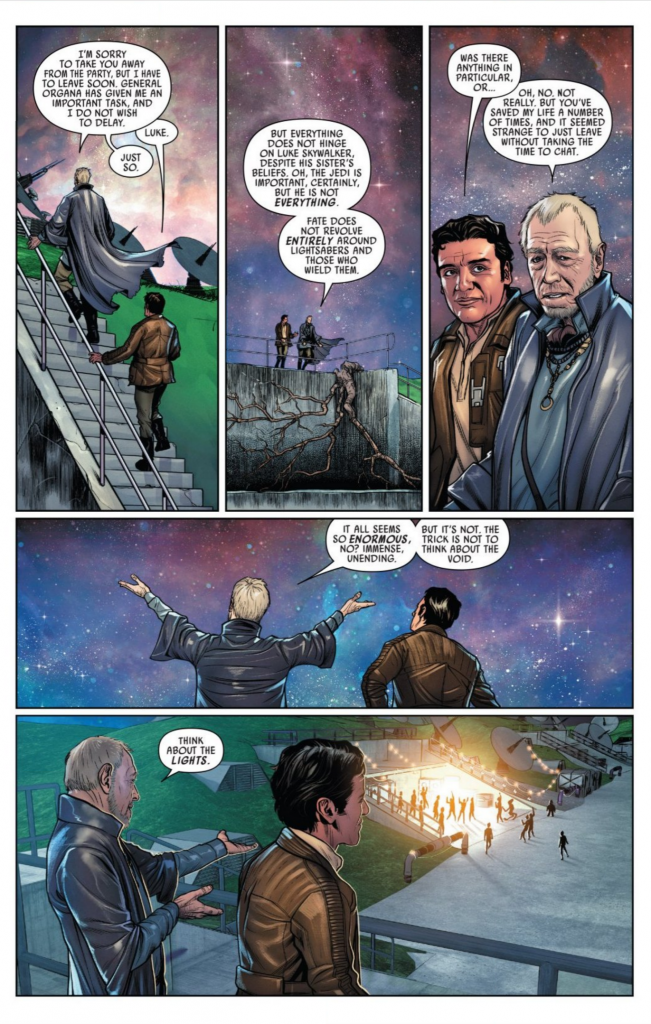