With only two issues left, we’re getting unfortunately close to the end of the Poe Dameron comic series. This issue took the focus off of Poe himself and chose to focus more on Black Squadron as a whole. The issue involves Jessika Pava narrating the events that transpired after they evacuated D’Qar, and what kept Black Squadron busy during the events of The Last Jedi.

While the comic opens with Jess Pava’s narration of who she is and what Black Squadron is doing, the panel quickly cuts over to Poe’s reaction. Judging by Threepio’s delicate phrasing, it’s clear that Poe is still upset about the lives lost under his command in the battle over D’Qar. He’s not sure if he can take the loss of any more friends and comrades – and, to be fair, neither can we.

The comic leaves things a bit open-ended regarding the fate of Black Squadron. Threepio says that the recording was captured by a node that was destroyed by the First Order, so it’s impossible to tell if they’re alive or dead. This could be a good way to leave things open-ended for the film, or, more likely, to set up the next two issues, as we see a pretty confident and cohesive Black Squadron on the cover of issue #31. 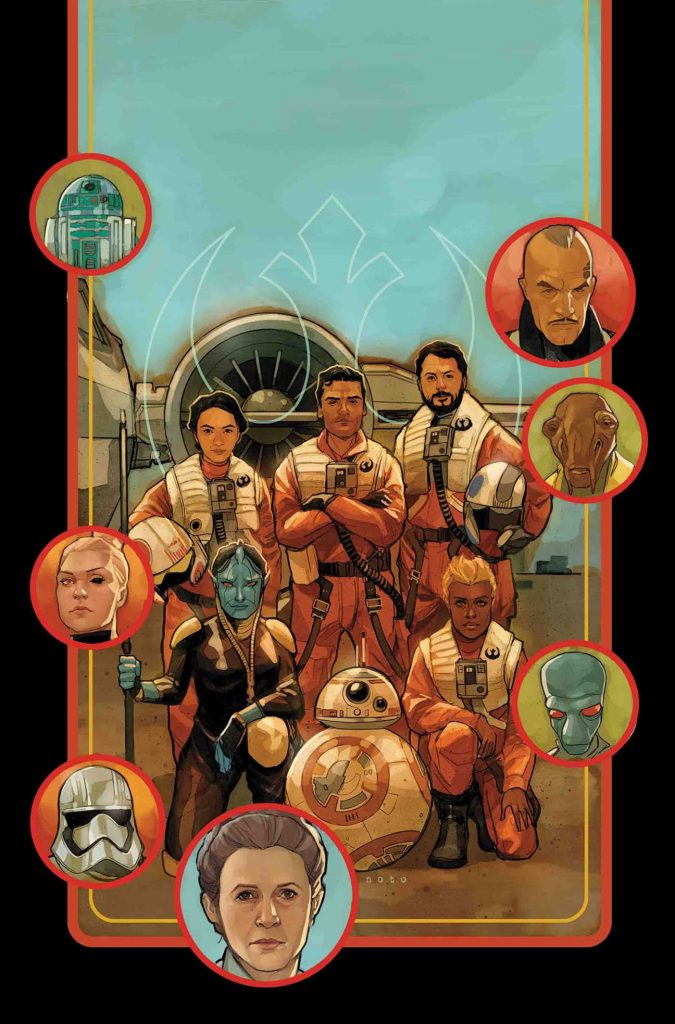 Speaking of that cover, while we see Suralinda Javos alongside the rest of the team, she’s no longer wearing a flight suit that she’s wearing in this issue. Jessika specifically mentions that she doesn’t trust Sura, saying that she doesn’t feel like she’s all that committed to the team. This definitely feels like a set up for something more to come, although it seems a little hasty to have her suddenly betray the Resistance within the last two issues. 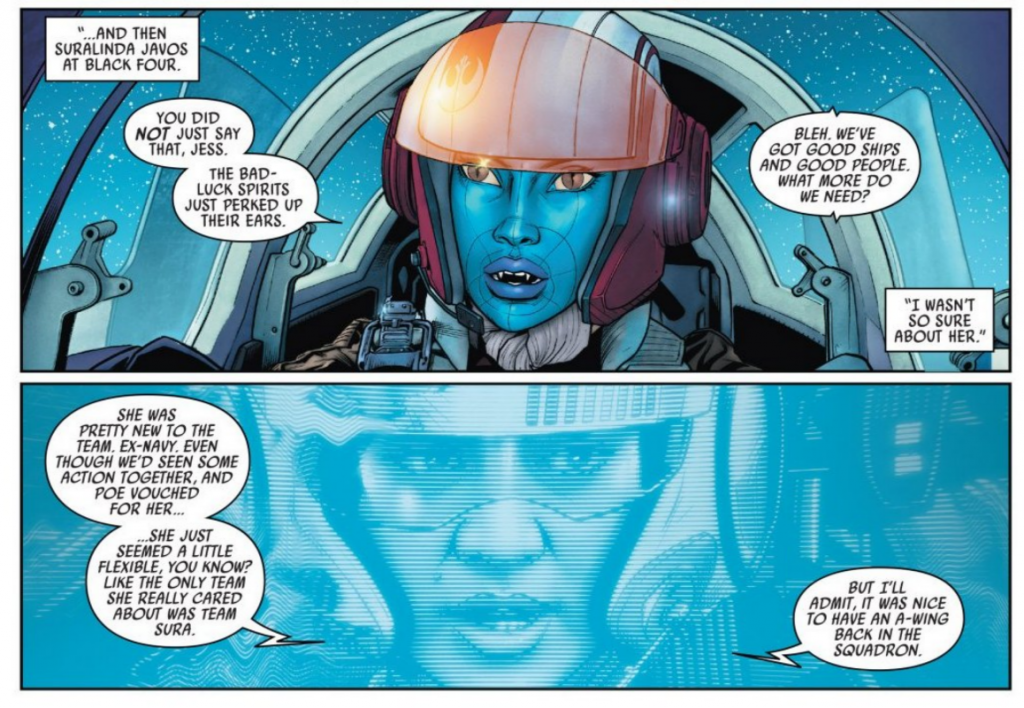 Overall, the comic feels a bit short to me. The team goes out to the beautiful planet of Pastoria, where General Organa hopes that the influential leader can persuade other planets to fight against the First Order. While they have no militarized force of their own, they have fuel, resources, …and a powerful leader who can apparently convince people to do something for nothing. Suralinda is the first to point this out, but they follow his request to fly escort to one of his ships regardless and end up helping them destroy his primary political claimant to the throne.

In a slightly ironic twist, it sounds like that king-to-be would have actually helped resist the First Order. Unfortunately this king saw the destruction of Hosnian Prime and decided that there is no way anyone can stand up to the might of the First Order and called Organa’s Resistance “a doomed crusade.” Regardless, he gives the team fuel in exchange for their help and some parting advice: get out while you still can. 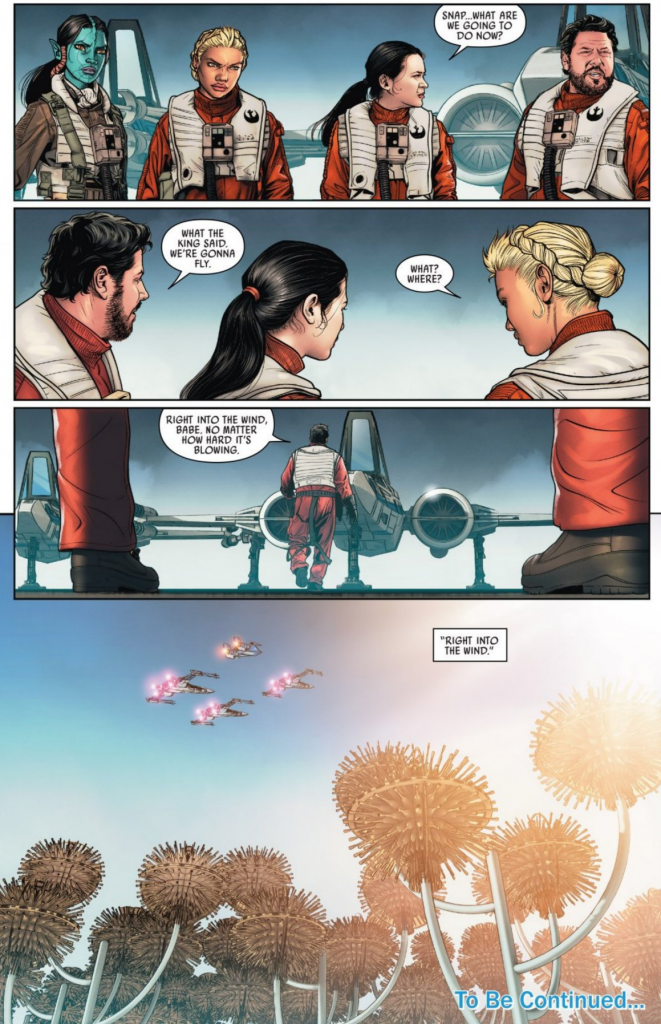 Overall, this comic felt extremely short to me. It can basically be summarized as, “Threepio finds Jess Pava’s recording of the time they were tricked trying to get help on Pastoria.” Considering how close we are to the end of the comic line, I think many people were looking for a stronger narrative arc. Perhaps this was just a set-up for issues #30 and #31, or perhaps its best days are behind it.

And that’s not necessarily a bad thing. Agent Terex was a compelling villain, and it was interesting to see how his relationship with Poe evolved from issue to issue. Considering how the comic initially set up to explain just how Poe ended up on Jakku to find Lor San Tekka, it achieved what it set out to do. We got to see how Black Squadron evolved through the early stages of the Resistance, and hopefully they have a happy ending in Episode IX.

Or at least as happy as an ending can be in the Star Wars universe. Whatever happens to Black Squadron, I’m sure Poe will come running to help them out. After all: