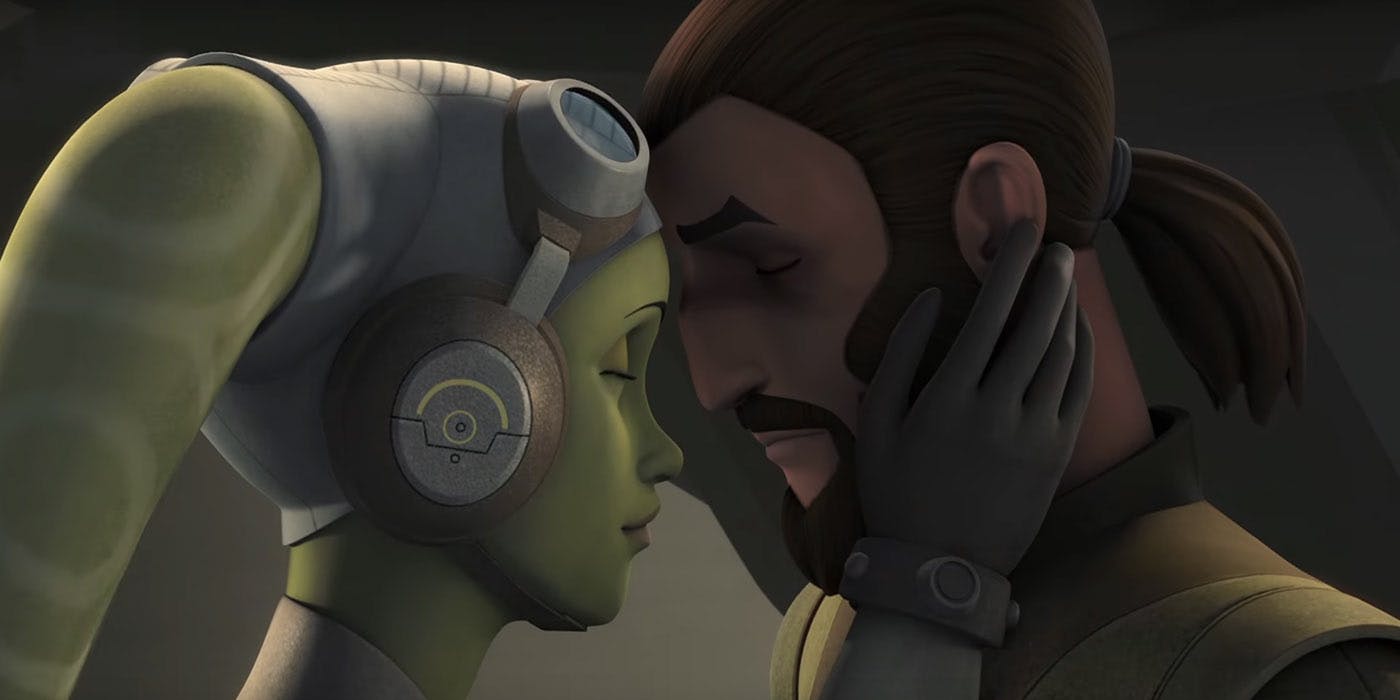 The last time we left our Rebel heroes, Hera was kidnapped by the Empire as Kanan came face to face with a Lothwolf, seemingly finally understanding what it was it wanted him to do. Throughout the first half of season 4, it mysteriously kept whispering, “Dume,” which is the surname of Kanan, who was born Caleb Dume. It looks like we may be getting more answers to his connection with the Lothwolves, as DUME, in all capital letters, is the title of the second episode of the backhalf of season 4.

Unfortunately, it doesn’t look like it’s going to be a happy episode. In Jedi Night, it seems that the Ghost Crew is going to try to rescue Hera, but it sounds as though they might lose someone on that trip. Considering how she locks lips with Kanan in the season finale and he’s not around in the Disney Forces of Destiny short, “An Imperial Feast” that takes place on Endor after the events of Return of the Jedi, it looks like Kanan might sacrifice himself for Hera.

Many have speculated that both Kanan and Ezra are likely going to die this season, considering that Mon Mothma knows of their existence and involvement with the Rebel cause, and yet asks Bail Organa to seek out his “Jedi friend” Obi-Wan Kenobi, still hidden on Tatooine, in the events of Rogue One. Given that Rebels is a show specifically geared towards kids, they might have trouble swallowing two Jedi deaths, especially given how Ezra was arguably introduced as the show’s protagonist.

Given how people were hopeful that the elusive DJ character from The Last Jedi was an older Ezra Bridger, it seems that many are hoping that he survives his time on Rebels, even if it means parting ways with the Rebellion and the Ghost Crew for good.

What are your thoughts about the following episodes? How do you think they’ll close out the season, and moreover, the show? Be sure to sound off below and let us know your thoughts and check out the official synopsis for the next two episodes of Star Wars Rebels:

“Jedi Night” – S4E10 Airing Feb 24, 2018
The Ghost Crew infiltrates the Imperial headquarters on Lothal to save one of their own.

“DUME” – S4E11 Airing Mar 03, 2018
Reeling from a devastating loss, the Ghost crew rallies together to find a new purpose and resolve