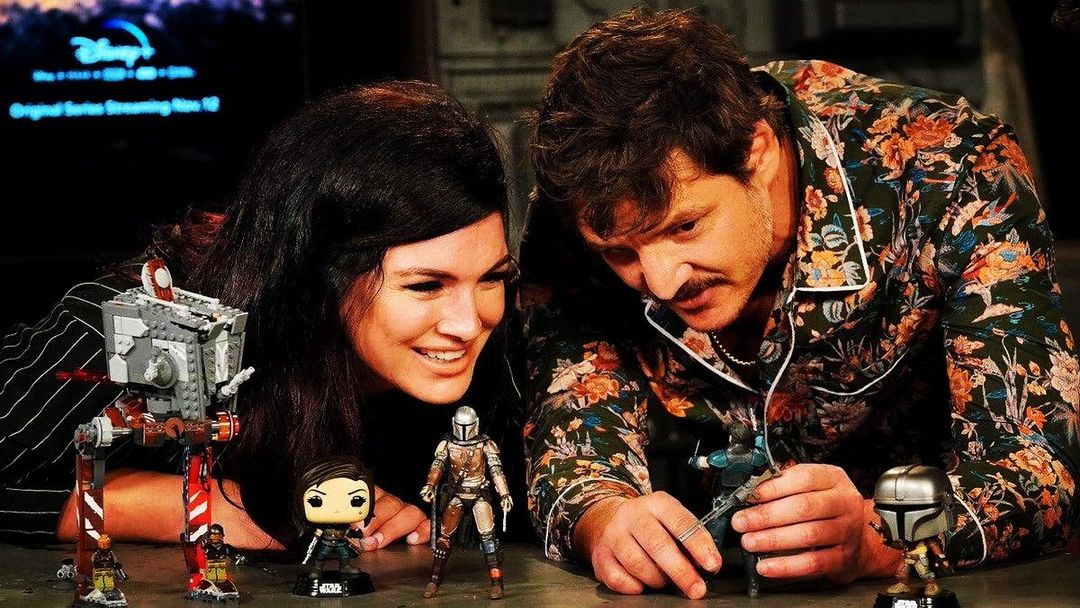 The rumor mill has been churning this week from talk of the future of “The Mandalorian” to the Disney+ Obi-Wan Kenobi series, and everything in between. Here’s a look at the three biggest rumors discussed this week to see if any of them are true.

Pretty much everyone in the “Star Wars” fandom saw #FireGinaCarano trending on Twitter after she posted a tweet mocking mask-wearing. She has often used her Twitter account to push her conservative views, which has drawn the ire of some fans, accusing her of spreading misinformation.

But is she going to get fired? Short answer: we don’t know, but probably not. There’s a rumor going around that Favreau specifically wants to keep her on, as well as various statements from cast members saying that they get along behind the scenes. Her tweets are provoking, sure, but it’s not enough to get her to lose her job.

She might see a reduced role in season 3 if the story chooses to focus more time on Grogu and Mandalorian history, but that’s a creative decision that doesn’t seem to have anything to do with the actress.

Amidst rumors that Liam Neeson is retiring has some fans understandably nervous that he’s not going to reprise his role as Qui-Gon Jinn. Although many would love to see him return in the Kenobi series, considering Hayden Christensen and Ewan McGregor are reprising their roles as Anakin Skywalker/Darth Vader and Obi-Wan Kenobi, there’s no evidence that Neeson is reprising his role, either in a flashback or as a Force Ghost (which has already been shown in the “Clone Wars” animated series).

That being said, Neeson himself seemed open to the idea, although he had admitted he hadn’t heard anything about appearing. Since there are only six episodes in this limited series, if he hasn’t heard anything yet, it seems unlikely to happen.

This one has more to do with “Indiana Jones” than it does “Star Wars,” but hear me out. Chris Pratt is rumored to be taking over the leading man of Henry Jones, Jr. after Harrison Ford. In classic Ford style, he bluntly stated that Indiana Jones dies with him, but called out Chris Pine instead of Chris Pratt.

Now, it’s possible he just got his Chrises mixed up. It happens. On the other hand, people seem to think that it has something to do with what he might have heard behind-the-scenes for “Star Wars.” This is a little complicated, so let’s break it down.

Chris Pine is rumored to be starring in “Star Wars: Rogue Squadron.”

So basically, this rumor all boils down to Harrison hinting that Pine is going to be jumping into the “Star Wars” franchise. At this point, anything’s possible, but we have no other information to go off of at this point.

So what do you think of these rumors? Do you think we’re going to see Cara Dune come back in season 3 of “The Mandalorian?” Do you think Liam Neeson is going to reprise his role as Qui-Gon Jinn for the “Kenobi” series? And do you think Chris Pine has been attached to a “Star Wars” film? Let us know in the comments below, and, as always, May the Force be with You!