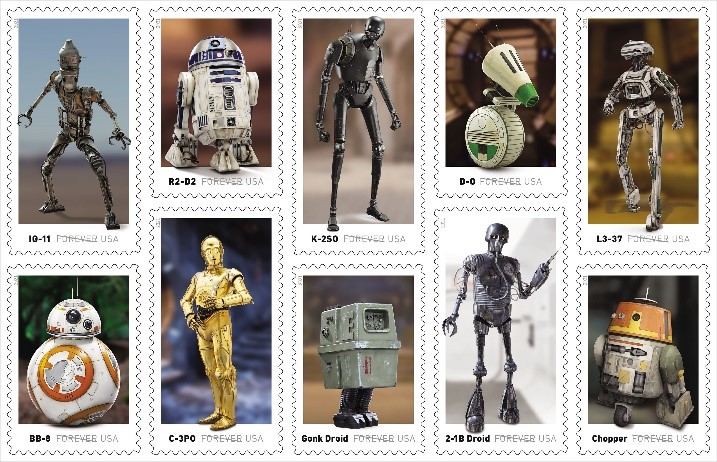 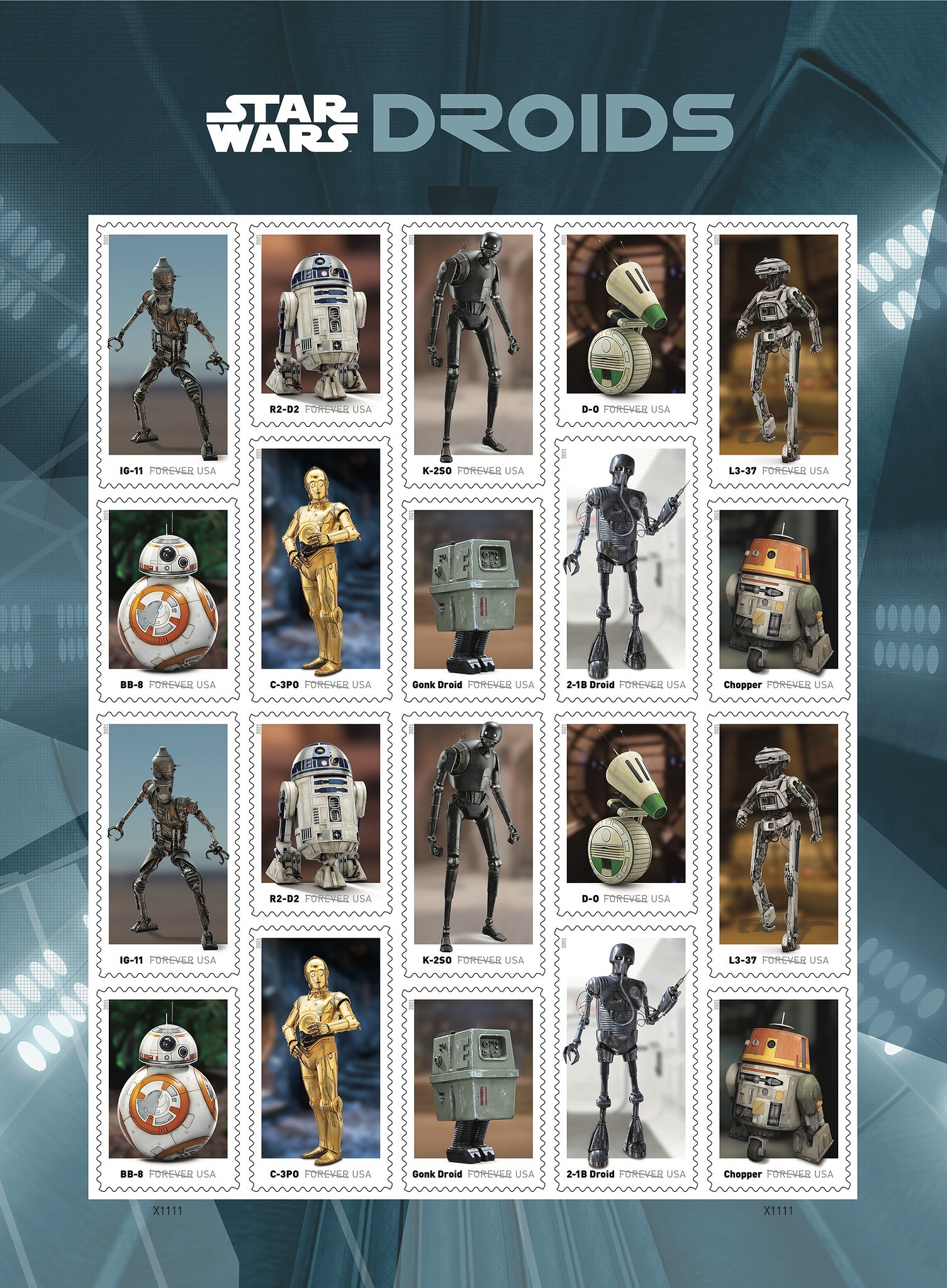 Greg Breeding was the designer of the stamps and pane. William Gicker was the art director. It will include 20 stamps as seen above.

“These droids are a nod to Lucasfilm’s, as well as its parent company, Disney’s, commitment to science, technology, engineering, and math (STEM) learning and the continued collaboration between Star Wars: Force for Change and global pre-K-12 nonprofit organization FIRST (For Inspiration and Recognition of Science and Technology).

Star Wars: Force for Change and FIRST have joined forces to expand access to STEM learning to more young people around the world, and to help them envision a brighter, more inclusive future.”   (Pulled from StarWars.com/)