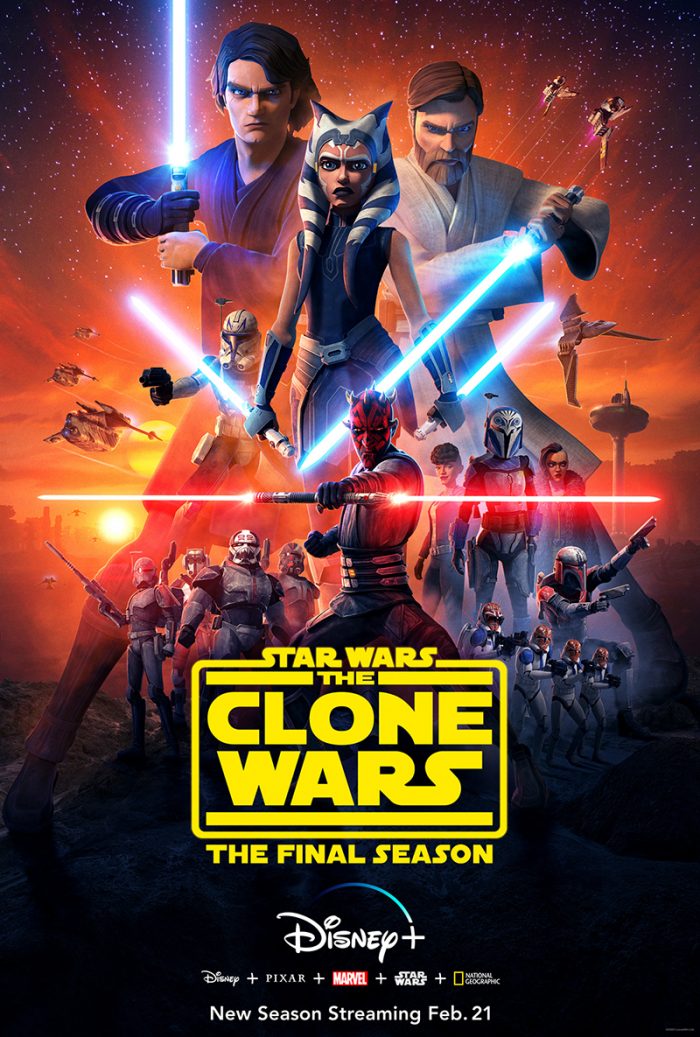 We finally have a release date for Season 7 of The Clone Wars, February 21, 2020.  After being announced at the San Diego Comic-Con back in 2018, fans have waited to know when we would finally see our favorite characters back on the screen again.  All we knew was that in 2020 after the release of Disney+ we would finally get a chance to watch a new episode of our favorite series by Dave Filoni.

This season from the trailer above seems like it may take a darker twist. We all know that this has to end its story leading into Episode III: Revenge of the Sith.  We all know the characters that we will end up losing and I have a feeling we will begin to fill that heartache throughout this 12 episode season.

It does appear as if one of the story arc we will see in the new season will be the Siege of Mandalore, that we hear about in the new Disney+ series The Mandalorian.  It will be interesting to see if there is any cross over in The Clone Wars episodes that refer back to The Mandalorian.