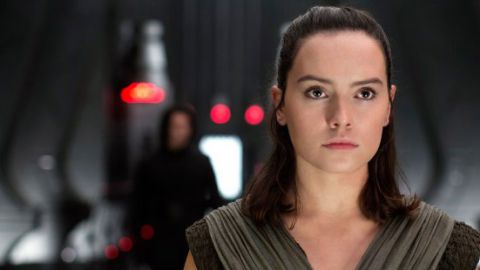 If you’ve clicked on this article expecting to tell me that Rey is a much-needed breath of fresh in a male dominated sci-fi universe, you may be surprised to find that I agree with you. We need more women in the media in general, but not just in Star Wars, where casual moviegoers can only name two major female characters over the course of the original trilogy (and the prequels.) 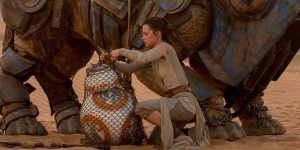 But this isn’t about them. This is about Rey, supposedly the new face of the sequel trilogy. She’s supposed to be the protagonist that women can relate to. She’s supposed to show us that women can be strong, independent, and survive on hostile planets without any help from anyone else. Rey, it seems, has been doing an exceptional job of that: having been abandoned by her parents, she learns how to fight for herself, how to scavenge, and yet she’s surprisingly gentle and generous when it comes to assisting BB-8 when she first meets him.

Why is that? You could argue that it’s because Rey embodies the qualities that are fundamental to a good protagonist: someone who has the positive qualities that we aspire to have, and yet someone who suffers just enough that we have no problem relating to them, or being sympathetic to their plight. Both men and women alike can relate to Rey’s story of feeling alone, of the frustration and difficulty of going on without anyone to aid them, and because of that, you could say that she makes an ideal protagonist.

And you’d be right.

From a certain point of view.

When we first meet Rey in The Force Awakens. J.J. portrays her as a down-on-her-luck girl with a big heart but a shy and inquisitive nature. She’s trusting of both Finn and BB-8 when she should be cautious. She’s earnest and optimistic, not unlike a young Luke Skywalker when we first meet him. She seems like the kind of character that you can really get behind and root for.

Which is why it’s strange that Rian Johnson tells us that she doesn’t really have a part in this story. Or any story.

And I’m not even talking about Rey’s supposed nobody parentage. I’m going deeper.

My argument? Rey’s role in The Last Jedi is so minute that she didn’t even need to be in the film.

How can a main protagonist go from being central to the trilogy to being so utterly worthless, you ask?

Rian Johnson rewrote the entire trilogy with The Last Jedi and made it so the story is no longer about Finn and Rey. Now the story is about Kylo Ren, as the film focuses primarily on the villain and his struggle to…basically get more power and set himself up as the “big bad” for the next film. The problem is that The Force Awakens already did a great job of setting him up as the villain by (spoiler alert!) killing Han Solo at the end of the last film. The sun dipped behind the shadows and the symbolism for Ben Solo being swamped in darkness was already there. We didn’t need to see more of that.

What we did need to see was Rey learning how to be a Jedi. We needed to see her experiencing other worlds that we didn’t get to experience ourselves. Ahch-To? No one is familiar with that planet. It’s not Tatooine. It’s not Coruscant. It’s something completely new, and we as audience members should have gotten to experience that along with Rey.

Rey basically serves no purpose on Ahch-To. She went there with one simple mission: to convince Luke Skywalker to come back.

She didn’t do it.

The film’s trailers also teased a full montage of Rey’s “Jedi Training” but it basically amounts to a history lesson and Luke reminding Rey (and the audience) that there are two sides to the Force, a light side and a dark side, and we must find balance between them.

Just in case we weren’t already clear on that from the last seven films. 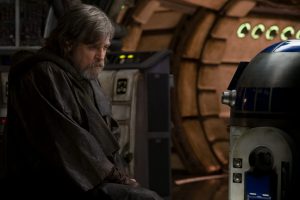 The point is, Rey didn’t even need to be there. Chewie could have been the one to go off and try to bring Luke back. They had been friends for a long time, and considering the results would have been the same either way, it didn’t really matter who tried to reach out to Luke. Even R2-D2 tried to sway Luke in an admittedly touching scene in the Falcon, but Luke never changed his mind. With or without Rey, Luke wasn’t leaving Ahch-To.

But wait, you say. Who was Luke supposed to train if Rey isn’t in this film?

Well, the answer to that one is pretty easy: no one. Aside from flinging her lightsaber around a few rocks, Rey didn’t really do much training at all. Instead, we get spoon-fed the idea that all of Rey’s training comes from when Supreme Leader Snoke bridges her mind to Kylo Ren’s in an archaic form of Force Skype and she unknowingly manages to hack into all of his training and absorb it as her own that way. In other words, no training required.

Considering that could have happened on D’Qar, or anywhere else in the galaxy, it shows that Rey didn’t even really need to go off to find Luke at all. 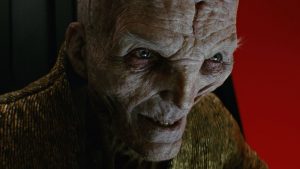 But the story doesn’t just focus on Rey on Ahch-To. When she doesn’t get the response she’s hoping for from Luke, she rushes off to Kylo Ren, who she believes she can convert back to the long-gone Ben Solo due to a few visions that Snoke placed in her mind of Luke seemingly turning on him when he was a child, playing a really twisted game of, “From a certain point of view.” She has absolutely no reason to trust him, especially considering that he murdered the father figure of Han Solo in front of her very eyes. Kylo Ren even taunts her during her interrogation that he was like the father she never had, but apparently watching your wanna-be father figure get murdered is something quickly forgotten over the course of three days.

But I digress. I’m sure you’ve heard that one before, but did Rey even need to be there when Kylo Ren turned on Snoke?

After all, he had enough motive himself. At the beginning of the film, we see him smash his helmet out of rage and shame, and the novelization informs us of his mindset: He was pretending that his helmet was Snoke’s face. While fantastically in character for him, it shows that he was already unhappy with Snoke before the Force Skyping even started. Rey had nothing to do with his motive to kill Snoke; instead, Rey was a convenient distraction that helped him keep Snoke focused on something else long enough so that he could turn against him, but she wasn’t necessary.

If the plot so demanded, there were a million different ways that Kylo Ren could have killed Snoke. He could have tried to Force choke General Hux in front of Snoke and turned his own lightsaber on him when he was distracted. He could have Force dropped a piano on him. Hell, he could have simply walked up to Snoke with his lightsaber over one shoulder, “‘Sup, I’m here to kill you” and we would have gotten an epic mano-a-mano showdown that would have showed us how strong both of them really were.

But that’s not what we get. In this way, Rey is reduced to simply being a plot device, a distraction to help kill Snoke and advance the plot, instead of being a character in her own right. There is nothing Rey does that is critical for the film to proceed, so it’s a little bit strange then that Kathleen Kennedy keeps insisting that she’s the protagonist and the hero of this story. Even if you want to argue that her character was necessary for the Praetorian guard fight – arguably the only real lightsaber “duel” of the film, that role could have been given solely to Kylo Ren, as it does nothing to further Rey’s growth in the film. We’ve already seen her wipe out multiple opponents with her staff in The Force Awakens, so there’s no proof that Rey actually learns anything new or experiences any growth in order to be able to take on so many opponents at one time.

In short, would she have been able to kill all of Snoke’s guards if she had just been dropped there at the end of the last film instead of showing up on Ahch-To? Probably.

Even if you want to argue that Rey was crucial for helping the Resistance escape from Crait while Luke kept Kylo Ren and the First Order distracted, I present to you an alternate timeline: After failing to convince Luke Skywalker to come back with him, Chewie follows the tracker Leia had given him so that they could reunite to Crait, where he uses the tracker to see that they are on the far side of the mountain. He carefully coordinates their position with Artoo, and uses the Falcon to blow a hole in the side of the mountain, blasting apart the rocks so that they all can escape. 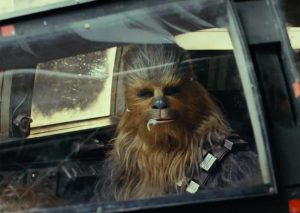 And that’s it. That’s the film. A heavily mocked student fan film that showed the entire movie with the female characters cut out shows that The Last Jedi still holds its plot remarkably well without any women, and that’s not doubtful when the protagonist of the film doesn’t really have any considerable role in it.

And that’s why this film was such a disappointment to fans. You could say trading Rey’s story for Kylo Ren’s is sexism. I won’t argue with that. You could say that relegating Finn to a comedic sideplot that also had no value was racism, and I’d see no reason to argue with you on that either.

But some people will say that that’s dragging “politics” into Star Wars, and aside from pointing out that Star Wars is a heavily politicized saga to begin with, how about we just go with the simple fact that it’s bad writing? 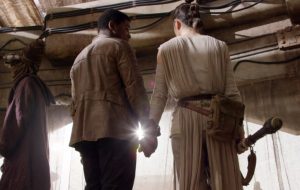 In the first film, JJ sets up Rey and Finn to be the protagonists of the trilogy, yet for a film series where they should be the main characters in their own story, their roles could have been cut and the film still would have made sense.

So the next time someone asks you to explain to them how The Last Jedi isn’t the greatest Star Wars film since The Empire Strikes Back, just remind them that the protagonist could have easily been removed from the film and the plot still would have gone on just fine without her.

Opinions can vary, but that isn’t the mark of a great film in my book.